Live Streaming vs Video Conferencing—Which should you choose? 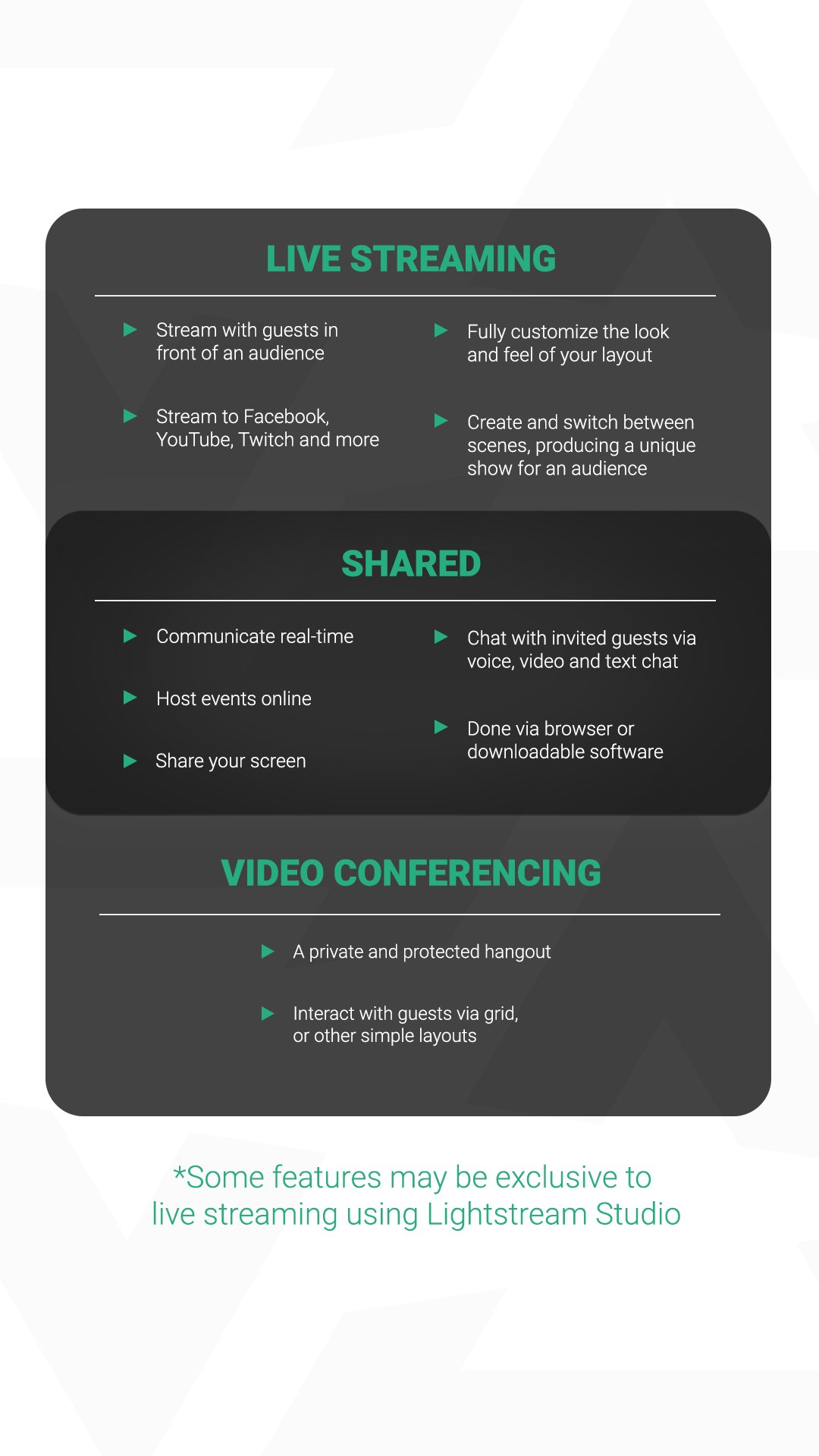 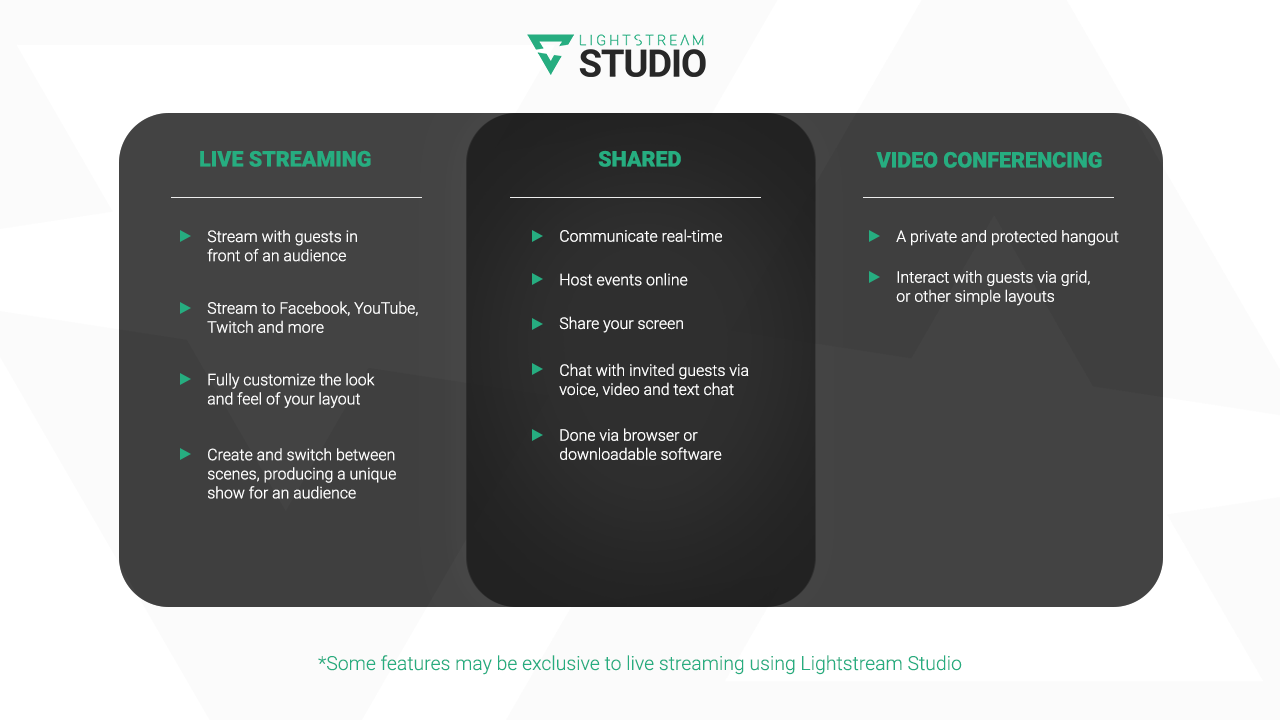 As we adjust to the new normal, everyone is moving their social life online. Happy hours, concerts, baby showers and late night talk shows—all digital right now. There are two main ways people are connecting online: Video Conferencing and Live Streaming. They’re similar, but the differences are important to know when deciding which is right for you.

What Is Live Streaming?

Put simply, live streaming is broadcasting in real-time to an online destination like Facebook, YouTube or Twitch. You can go live for a small, private group, or a huge public audience – there are no limits to viewers. 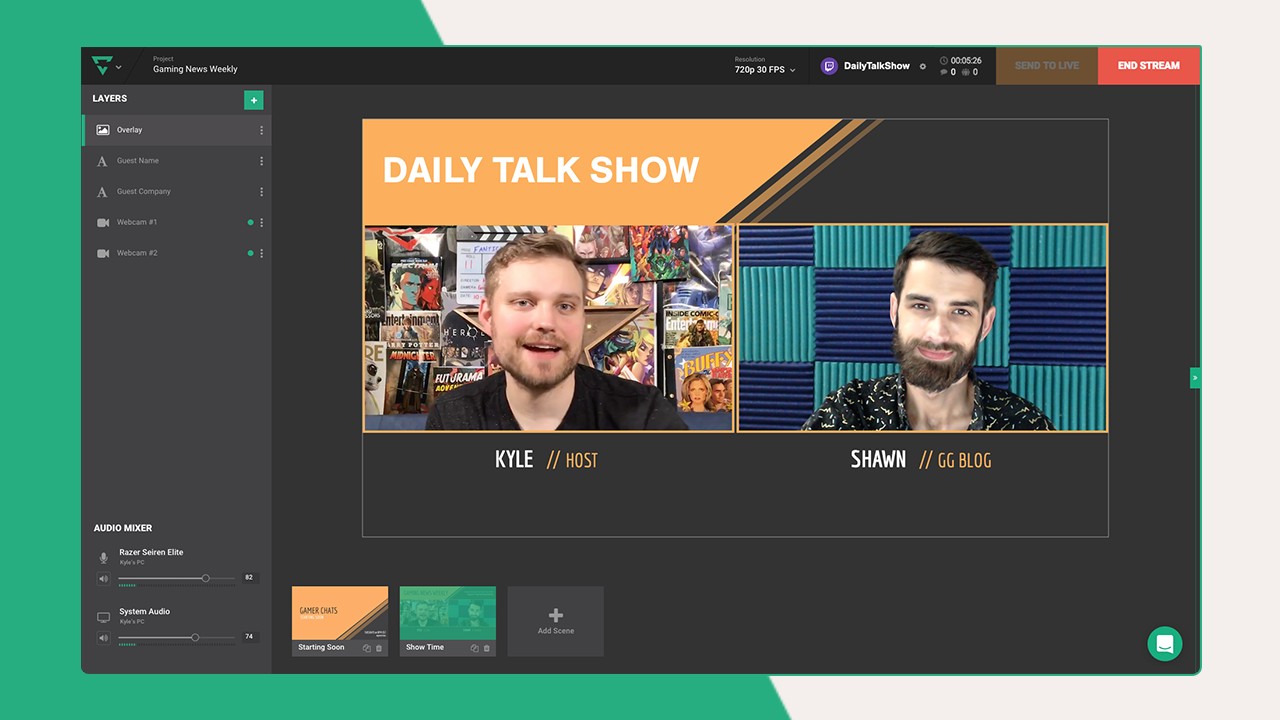 Typically, the live stream is organized by one person who serves as the host or director: Inviting guests to participate, screen sharing, playing prepared video. Additionally, the host replies to questions or comments from viewers in real time.

Live streams allow for a lot of visual control—placing certain guests or elements in particular places on screen so that the look of a live stream can be personalized.

What is Video Conferencing? 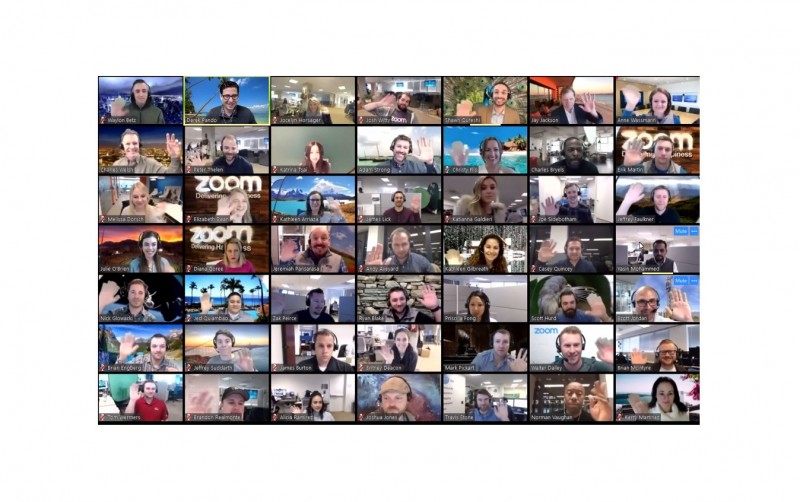 Platforms like Zoom allow people to tune in with a Grid view (where they see the faces of every member of the conference) or with a Speaker view (where the current person talking fills the screen).

Video conferencing and live streaming are both live! Both can feature pre-taped elements, but the thrust of the event is live, rather than a video simply uploaded to a social media channel.

The difference between Video Conferencing and Live Streaming: Control

A Zoom call is instantly recognizable. We’re used to seeing the tiled layout of participants but here’s little room to make it your own or craft the best viewing experience for your audience.

Comparatively, live streaming allows for complete control over what your audience sees on the stream. This includes highlighting guests with the right amount of screen real estate, placing logos and brand elements on screen, adding text elements that strengthen your message, and featuring sponsors. 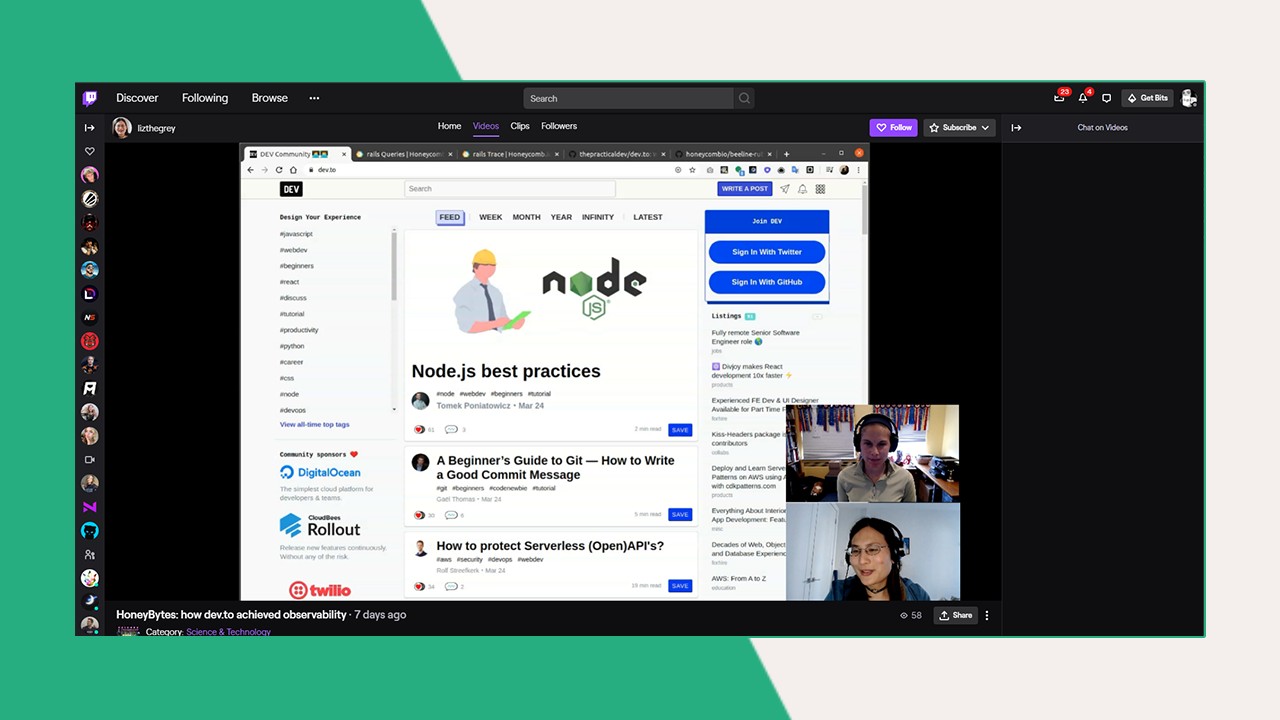 Another major difference between the two is the role of the audience. On a video conference, EVERYONE is a participant. Even with a great host, the audience is left to pilot their own experience instead of relaxing and enjoying the show. On the other hand, similar to an evening talk show or news broadcast, live streamers lead the experience and choose all aspects of guest appearances (who they are, when they come in during the show, where they go on the screen, how many of them there are, etc.)

Which is right for me?

Imagine a 5-person panel: Live streaming allows for a professional and unique look. You can think through how certain people are positioned on screen, and even allow conversation among guests (which is possible with Green Room), preventing overtalking when prepping to answer questions.

Now, imagine a happy hour among friends: You don’t need to add branding, or particularly care where people show up on screen. As long as you can see your friends, you’re happy, no matter the view. There’s a lot of examples in between the two (classes, podcasts, concerts), but here’s the question to ask: Will your audience appreciate you being able to create a more produced experience? If yes, go with live streaming. If it’s just your pals hanging out, Video Conference away.

More from Jenny Farver
We use cookies on our website to give you the most relevant experience by remembering your preferences and repeat visits. By clicking “Accept All”, you consent to the use of ALL the cookies. However, you may visit "Cookie Settings" to provide a controlled consent.
Cookie SettingsAccept All
Manage consent