It’s 8AM on New Year’s Eve and the sun is beaming through the windows of my apartment in downtown Chicago. The same 2-bedroom apartment that 5 of us shared as we went through Techstars in 2015 and built the foundations of Infiniscene. It’s hard to believe just how much has happened since then.

2016 was a powerful year. Thousands of moments, both negative and positive, that had such an incredible impact on our team and each of us as individuals. Our company, community, families, and the world around us helped 2016 make an indelible mark in all of our histories. Tremendous successes and plenty of mistakes that culminated in the most stressful and successful year for me, our team, and our company.

We traveled all over the country exhibiting and attending over 18 events in 12 cities. All along the way, making new friends everywhere we went from our amazing community and partners. Infiniscene drastically evolved as we rebuilt all of our technology and launched dozens of improvements over 5200 code commits throughout the year. Our team held its first company retreat where we got organized, defined our culture, and made no small plans. All of those plans culminated at TwitchCon where we released our Filthy Casual x Infiniscene collab shirts, showed off all our new technology, and made big announcements of things to come.

Over the last few months, some really unbelievable things have started to unfold. We can’t share just yet, but suffice to say that 2017 will be an incredible year for our product and our team. We continue on into the new year with open minds to learn from our mistakes, open hearts for the journey ahead, and with gratitude for all your continued love and support.

P.S. Our team gathered a bunch of fun stats around 2016 and Ryan, my talented co-founder, visualized them in the infographic below. 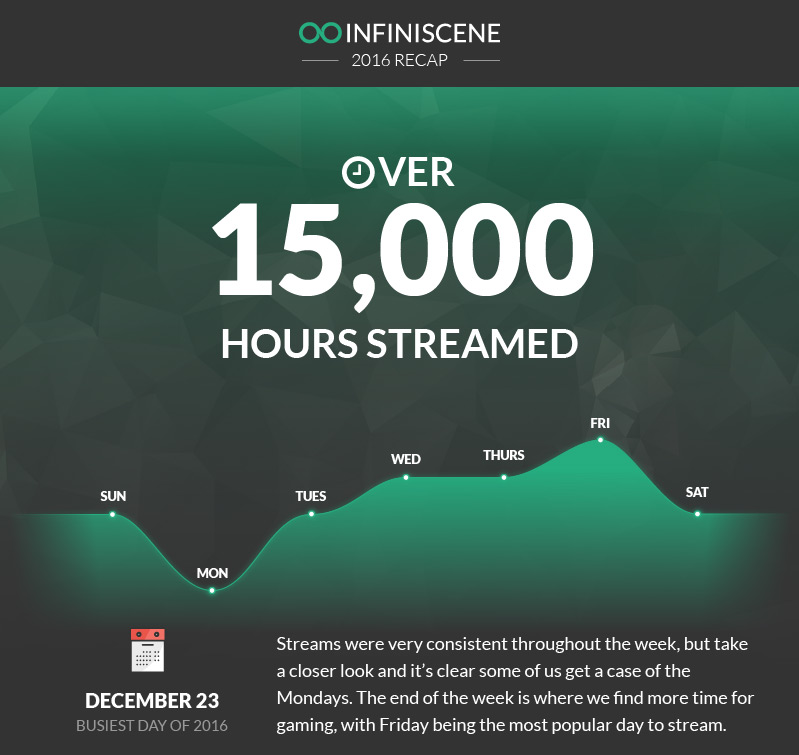 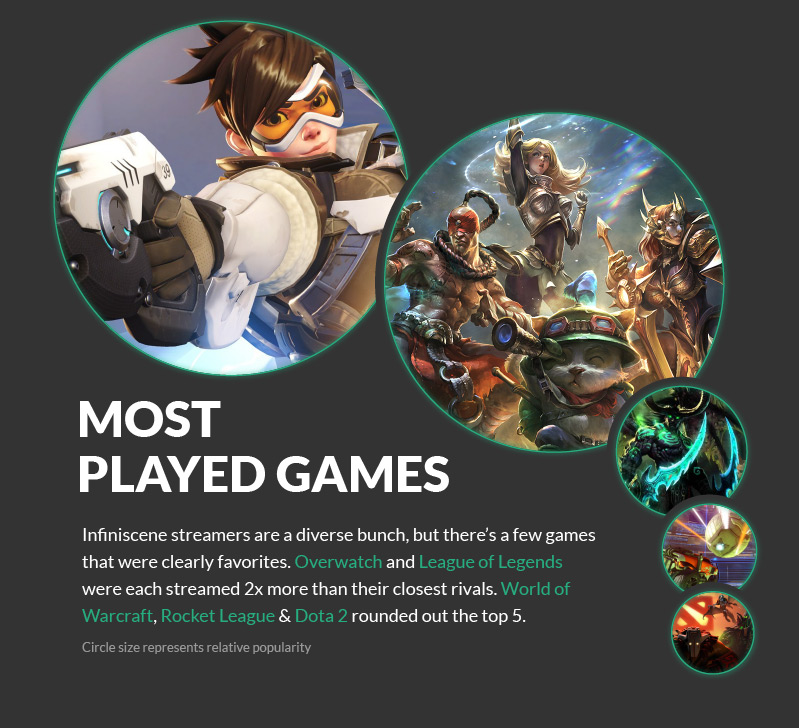 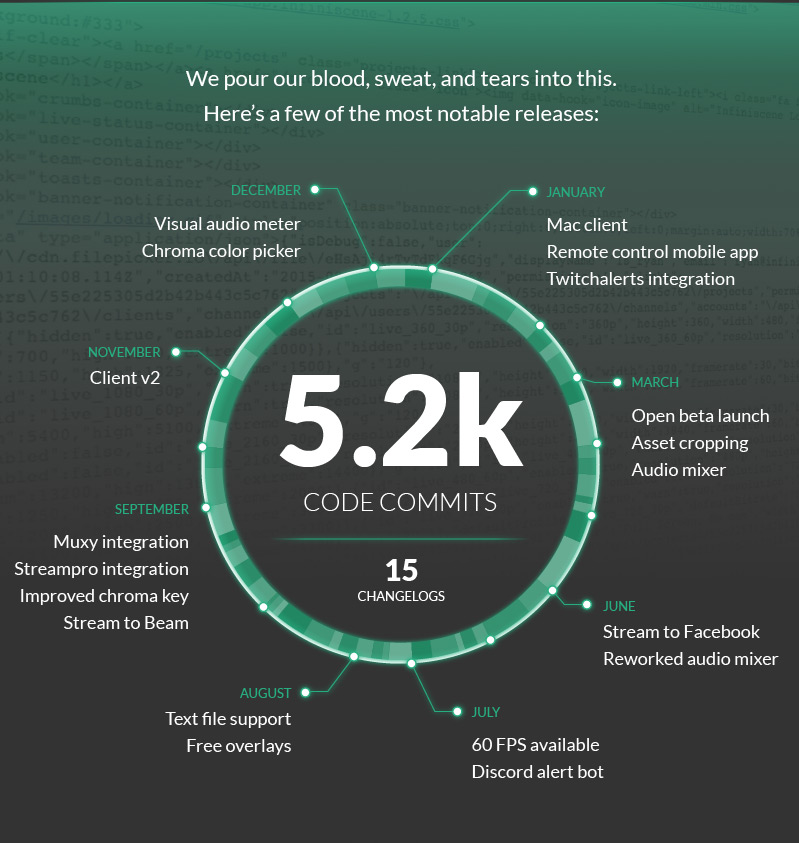 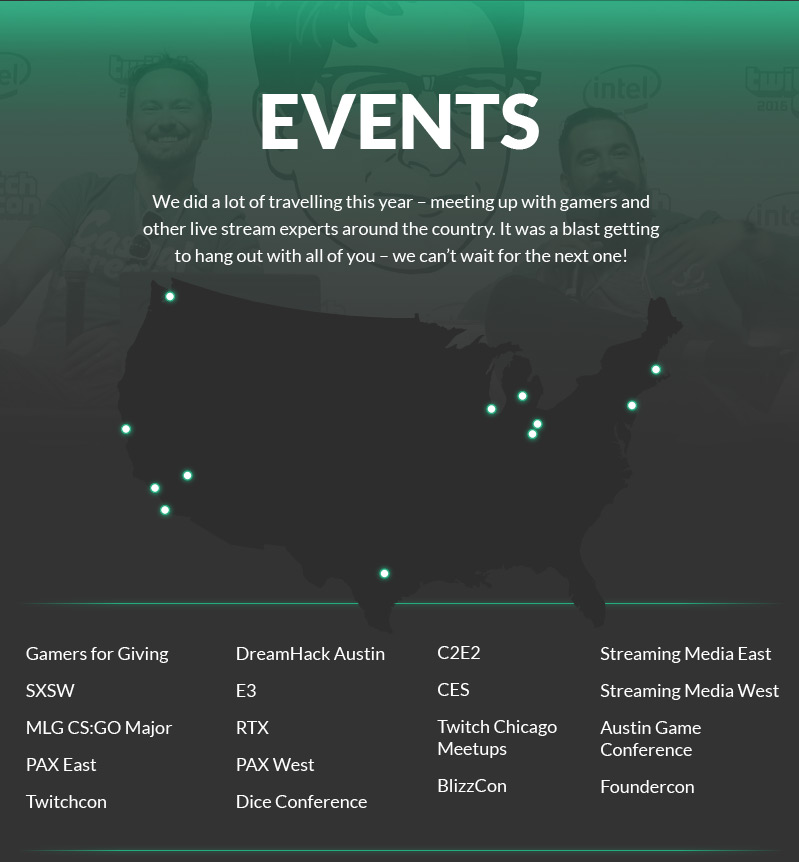 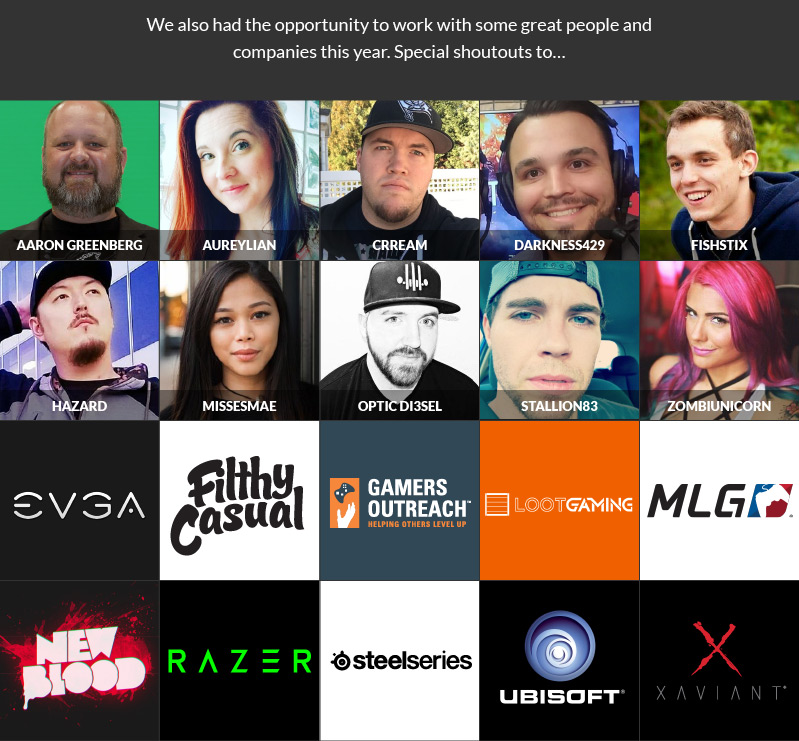 More from Stu Grubbs
We use cookies on our website to give you the most relevant experience by remembering your preferences and repeat visits. By clicking “Accept All”, you consent to the use of ALL the cookies. However, you may visit "Cookie Settings" to provide a controlled consent.
Cookie SettingsAccept All
Manage consent