Importance of a Stream Title

As a new or small streamer, many potential first impressions of your stream will come from just your thumbnail and title. On Twitch, you effectively have about 250×200 pixels of space to tell a viewer why they should choose to watch your stream. Since the thumbnail is just periodically generated screenshots of what’s happening on your stream, the only real thing you have control over is the title.

The title or headline is constantly overlooked by most streamers as they’re too focused on the actual content of the stream or technical setup — which are both COMPLETELY valid to focus on. However, if you can’t get people to watch your stream then does it matter?

“When you have written your headline, you have spent eighty cents out of your dollar.” 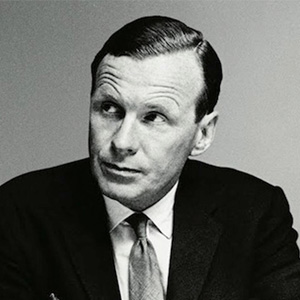 While the above quote from advertising-legend, David Ogilvy refers mainly to an advertising spend – it still applies here. We’re also not downplaying the content of your stream by any means but if you want people to check your stream out from the category page then you better be putting some thought into that headline. So, “What goes into a good headline?” you may now be wondering. Let’s take a look at some things to keep in mind with some good and bad examples along the way.

- GRAB ATTENTION AND BE SPECIFIC -

Challenger Support, Learn to Get Better!

What’s more interesting out of those two League of Legends related headlines? I think it’s pretty obvious but let’s break this down. “Grinding Ranked 5’s” just states what you’re going to be playing. That’s it. I don’t know what you play, how good you are, and what sort of stream I can expect. The other headline explicitly states that they’re a good player (Challenger), what position they play (Support), and tells the viewer the stream is educational (Learn to Get Better).

Some people will tell you that you always want to cast a wider net to attract as many people as possible. With almost 2 million + broadcasters on Twitch these days and growing platforms like Mixer — it’s easy to get lost in the mix as a broadcaster. That’s why you’ll want to be specific in what your stream is offering to a viewer.

You may have read the last section and said to yourself, “Okay, let’s just include a lot of information then!”. No so fast. You’ll get about 140 characters on Twitch and Mixer before the rest of your headline gets cut off so try to be concise in your messaging. Don’t sweat it though if you’re on YouTube since you can have about 80 characters due to the platform allowing you up to 2 lines of titling.

Alright, so maybe you’re not a top tier player but perhaps you’re really funny. If that’s the case then you have to let that shine in your title. Here’s a few examples…

If you have a unique difference to your stream then you also better make sure to put that in your title. Whatever you can do to differentiate your headline from all the others is worth noting. Remember: variety is good.

At the end of the day, you’re aiming for a title that encapsulates who you are, what your stream is about, and the type of people that should watch your stream. If you can take all of those points and then condense them into about 30-40 characters then you should start to see a lift in viewers coming to check your stream out just based on your title alone. Oh and if you’re having trouble thinking of a stream title then hit us up in our Discord or our in-app chat. We’d be happy to help. Good luck out there.