Add music to your Mixer stream with Botismo 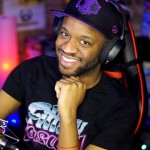 Many of our favorite video moments are accompanied by a favorite musical score. Whether it’s John Williams’ composition in the background as we’re led into Jurassic Park or the perfectly synced playlists of Baby Driver and Guardians of the Galaxy, music has a way of taking video up a notch. And that’s not limited to the silver screen. Sometimes a stream calls for a soundtrack, and Botisimo’s online music player can help.

Botismo is a bot available for Twitch, Mixer, Discord, and Youtube. Unlike other chat services built for being used while live streaming, you don’t need to download a client on your computer. Botismo is cloud-based, so it’s not an extra program that would take away CPU usage and use up your memory while streaming and playing a game. For this post specifically, I’m going to talk about using it with Lightstream and our Mixer integration.

Since becoming directly integrated into the Xbox, Mixer has made native Xbox streaming significantly easier. Combine that with Lightstream Studio, and you have a 1-2 punch to a professional-looking, personalized stream without the use of any extra hardware.

One thing that has always been tricky with native Xbox streaming, though, is adding music to your stream. Native Xbox only captures gameplay, ignoring other music apps on the Xbox. So, say the perfect song comes up for the moment and you want to have it in the background of your stream? You’re out of luck. That’s where Botismo comes in.

As far as playing music goes, Botismo was originally designed to handle song requests, so it works a little different than a traditional playlist. After logging in to Botismo, click “Add To Queue” and paste in a YouTube link to load the song into the playlist. Once a song plays, it’s removed from the list, and when you close your browser, the entire playlist and songs are cleared.

*TIP* If you’re set on a single artist or have made a YouTube Playlist, you can link to the entire playlist, which will populate with everything in it with a single link, making for a much faster way to add several songs at once.

Using Botismo to play music is simple. Since the music player is the YouTube video, it has a simple interface that allows for control of pause/play, fast forward/rewind, and how loud the music volume will be on your stream. You can also toggle Live Mode on and off depending on if you want to control the music from the Botismo page or the overlay. Live mode is great for previewing a song while setting up your playlist, but make sure to turn it off when you’re ready to go live so your music plays on the overlay you have loaded in Lightstream. For reference, here’s what it looks like:

Because Botismo’s music player was originally designed for song requests, you better believe it can take song requests! If you want to allow viewers in your chat to add songs to the list, you can add the overlay to your stream. Once it’s up, viewers can add their own links to your playlist with the “!songrequest YouTube song you’d like to add>” command. Keep in mind that the URL needs to be from YouTube, but other than that, it’s that simple!

Like many third-party Lightstream integrations, the music player will generate a URL that you can paste into Lightstream to load it onto your stream. The Botismo URL is located in the Stream Overlay section of Botismo. For where to find the URL and where to paste it, follow this GIF:

Once you’ve set up Botismo in Lightstream, you can add music to the queue from your Botisimo Music Player dashboard itself while your viewers can make requests through the chat.

Have questions? We’re always here to help. Otherwise, get ready for a dance party!

More from Brandon Stennis
We use cookies on our website to give you the most relevant experience by remembering your preferences and repeat visits. By clicking “Accept All”, you consent to the use of ALL the cookies. However, you may visit "Cookie Settings" to provide a controlled consent.
Cookie SettingsAccept All
Manage consent