How Do You Make Money on Twitch (And How Much Do Twitch Streamers Make)? 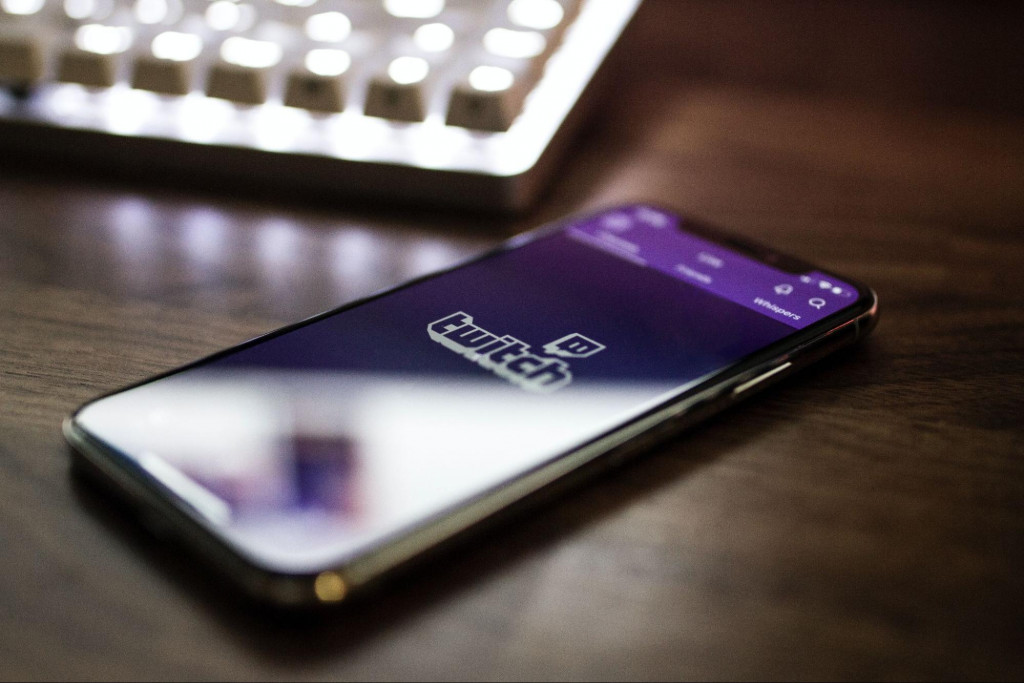 Twitch is an online live streaming platform that focuses on watching other gamers play video games, but has grown immensely over the past several years into a massive website for watching all sorts of live content, including video games, podcasts, ASMR, national events, and people sitting in hot tubs apparently.

This massive growth, combined with the lockdowns following the COVID-19 outbreak, have opened the floodgates to hundreds and thousands of new streamers and viewers alike joining the platform, and new content creators emerging from all over the world. Twitch saw an unprecedented level of growth in 2020, with a whopping 91% increase in users and steadily grew throughout 2021, now sitting at an average user base of 140 million monthly active users.

But, out of the dozens of questions surrounding Twitch and how it works, one of the most common ones is: How much money do streamers make on Twitch?

Well, today we’ll be answering that question and many others that you may have, in hope that we may help you to decide whether you want to become a Twitch streamer yourself!

If you want to turn livestreaming into a career, go for Studio 2, a Lightstream service that makes you look professional and also lets you quickly grow your audiece.

Is Becoming a Twitch Streamer Really Worth It? 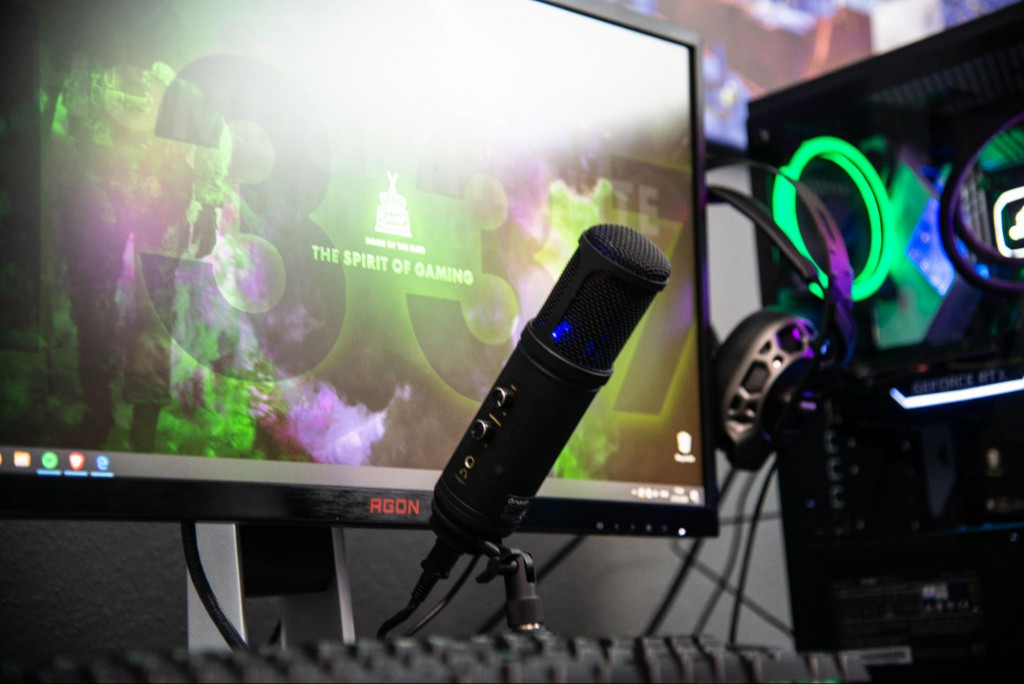 Whether or not it may be worth becoming a Twitch streamer entirely depends on you, how much you really want to stream, and the reasons that motivate you to become a streamer.

Obviously, the key to being a successful Twitch streamer isn’t simply sitting in front of a camera and playing your favorite video games. Streamers are entertainers above all else, and like all other mediums of entertainment, it takes a whole lot of hard work to become successful at it.

In order to become truly successful on Twitch, you must possess love for streaming beyond the money-making aspect, and also be willing to put forth effort to constantly improve yourself.

Big name streamers like Mo1st Kritikal, Ninja, and Pokimane didn’t become successful overnight – they put in a ton of work, both in-stream and marketing themselves while offline. And more often than not, they did far more of the latter. Becoming a Twitch streamer is worth it, but only if you’re truly willing to put in the amount of work necessary and want to do it for the right reasons.

Do Twitch Streamers Get Paid For Views

Twitch streamers get paid depending on many different factors, but views are not one of them. The number of regular viewers that a streamer has obviously factors quite a bit into how much money they earn, but there is no direct correlation between viewership and earnings.

Typically, more viewers means more money, however there are exceptions to this rule. One Twitch streamer that averages 20 viewers can end up making more money than another Twitch streamer with an average of 40 viewers, depending on how many of the viewers subscribe to the channel, how many donations and bits they give, and other factors.

So in short, no, streamers do not get paid solely for views although their view count will heavily weigh into how much money they make.

How Much Do Small Twitch Streamers Make?

Now, what even counts as a “small Twitch streamer?” It depends on who you ask, honestly. Many folks define small Twitch streamers as any streamer who isn’t a Twitch Partner, or streamers who have less than 75 viewers on average. This applies to the majority of streamers on Twitch, so it’s therefore understandable that the amount that small streamers earn ranges wildly.

Small streamers can earn anywhere between $50 to $1,500 per month depending on their subscriber count, viewership, and how generous their followers are. At the very start, when you have next-to-no followers, you should expect to make nothing. But over time, and as your follower count grows, this can change if you put in the necessary work.

How Much Do Twitch Streamers Who Average 1000 Views Make?

How much streamers make will depend on many different factors, but for a streamer who averages 1000 views, they can expect to make $2,500 per month (before Twitch fees) if half of their followers are also subscribers. This is of course not counting other means of money-making on the platform such as bits and donations, advertisements, and outside tactics like selling merchandise, sponsorships, affiliate links, and more.

How Much Do Top Twitch Streamers Make?

The amount of money that a Twitch streamer can earn ranges perhaps more than any other line of work – income will range from nothing to literally millions of dollars. Fortunately, many top streamers have shared their revenue with the public so we can get a good sense for just how much money is possible to earn.

Ninja, one of Twitch’s most popular streamers, was confirmed to have made $1,378,791.48 between August 2019 and October 2021 from bits, donations, and advertisements, which works out to about $51,000 per month. The top three earners during this same time period were CriticalRole ($9.6 million), xQc ($8.4 million), and Summit1g ($5.8 million). Overall, while you probably shouldn’t expect to make this much from Twitch, it’s interesting and exciting to know that this level of success is possible from the platform.

How Do Twitch Streamers Make Money? 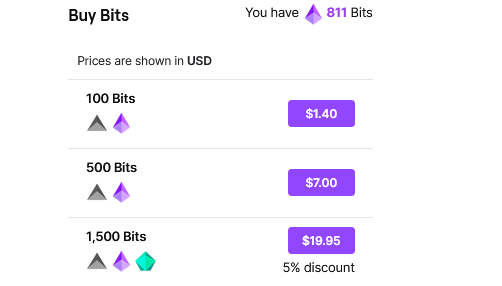 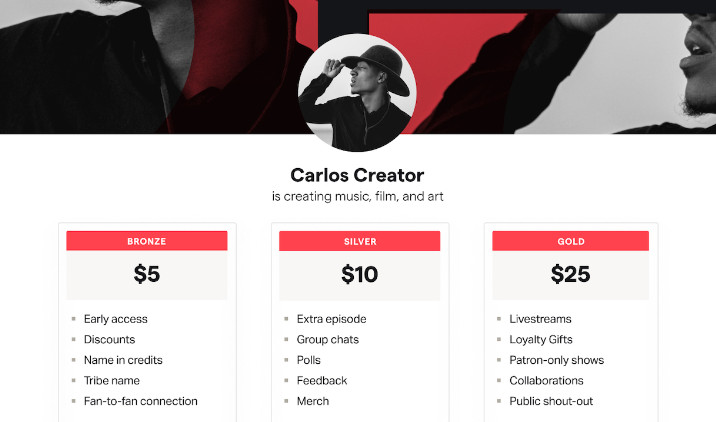 Now that you’ve learned about how to monetize your streams, are you ready to
experience your first streaming session, at zero costs? Here’s your chance to stream on Twitch with our free gamer trial subscription.

What Do Twitch Streamers Make Per-Follower?

As previously mentioned, Twitch streamers don’t necessarily earn money on a per-follower basis. More followers doesn’t always equate to more money, as anybody has the ability to follow a channel without ever having to tune in to watch a stream.

Consistent viewership is far more important than high follower numbers, as it ensures that streamers will actually be seen. Discoverability on Twitch is solely driven by a channel’s current view numbers, so follower count isn’t the goal that you should strive towards; some streamers do the “follow-for-follow” method, pay for followers, or have fake followers, which may look good on paper but is worthless in the long run.

However, if we were to roughly estimate, a Twitch Streamer could probably expect $1 to $1.50 per average viewer per month, if they were to stream 5 days a week. But again, this is a very rough estimate. If you happen to have viewers that are extremely generous, then this number is probably higher. If you’re less fortunate and have viewers that rarely ever subscribe or tip, then this number may be lower.

What Do Twitch Streamers Make Per Ad?

While it isn’t the first thing that springs to mind when thinking about earning money via Twitch, advertisements are a reliable way of making money as a streamer. According to CNBC, a Twitch streamer with about a 100-viewer average makes roughly $250 per 100 subscribers from ad revenue.

Of course, in order to make that much, you’ve got to build up a somewhat large following which is no easy task. Streamers with far less followers will make significantly less money and all ad revenue is also split with Twitch.

What Do Twitch Affiliates Make Per Subscription?

Subscriptions are a fantastic way of making money on Twitch, thanks to their recurring nature. A tier-one subscription costs $4.99, with tier-two and tier-three subs costing $9.99 and $24.99, respectively. Like most earnings on the platform, Twitch Affiliates only make 50% of subscriptions, with Twitch taking the other half.

How to Become a Twitch Affiliate and Partner? 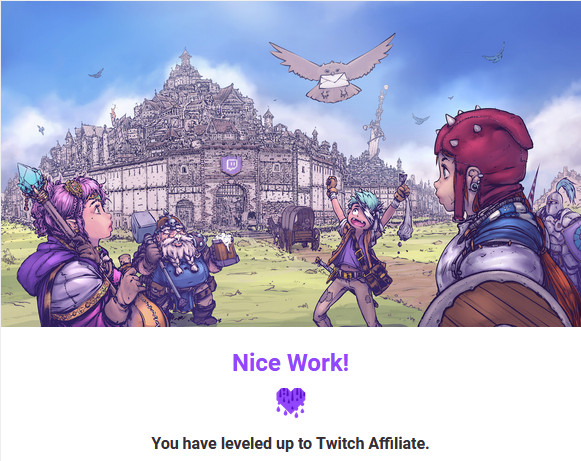 Becoming a Twitch Affiliate and Partner each have several benefits. Twitch Affiliates gain the ability of earning income from both Bits and Subs, and also gain usage of several new Emotes while Twitch Partner perks include a deeper customization of their channel page, customizable badges for viewers, and potentially a higher income. But how do you become a Twitch Affiliate, and just how difficult is it?

To become a Twitch Affiliate, you must fulfill the following criteria:

For some, this is a very easy task to fulfill. It won’t be quite so easy for others, however, as finding viewers can sometimes be a struggle, especially in Twitch’s current overcrowded state. Meanwhile, reaching Partner status is arguably far more difficult.

To become a Twitch Partner, you must fulfill the following criteria:

Bottom Line: Is Being a Twitch Streamer Worth It? 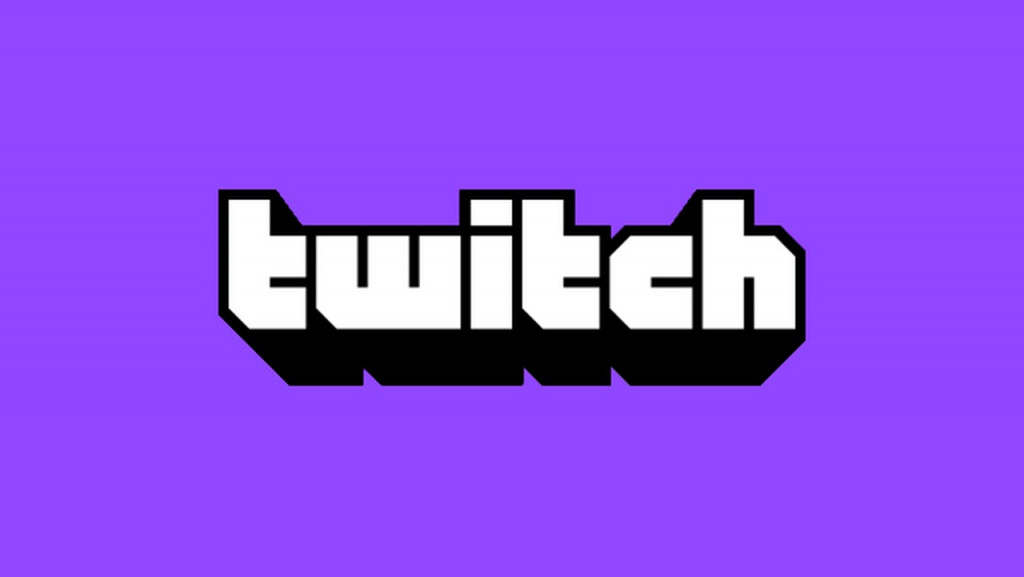 That is entirely up to you! If you are willing to put in a lot of additional work outside of simply playing games and can accept that you may not make a living wage overnight, then you should go for it.

Making money on Twitch is not easy, but it’s achievable. To make the most of your streaming experience, you need a platform that’s easy to operate and wows the audience. If you really have in mind a variety of content you want to stream, try Studio 2, Lighstream’s latest offering that helps you share anything from anywhere to anywhere. Twitch is bigger than it’s ever been before, so it’s never too late to try it yourself.