How to stream from your Xbox with overlays and alerts

Not long ago, if you wanted to stream from your console, you’d need serious technical skills or else you’d be out of luck. From finding and buying the right capture card to learning new streaming software on your PC, there were several steps that you had to take before you could get your gameplay from your TV to the internet. Thankfully for console gamers, Xbox has made streaming much easier by building native live streaming to Mixer into the console, which completely eliminates the need for a capture card.

There is a tradeoff with that, of course. Using a capture card gives you better control over your stream settings, options for higher quality visuals, and use of a PC to manage the stream while playing the game. So if you’re either a pro streamer or simply someone who wants the highest quality stream possible, a capture card might be right for you.

If you’re more concerned about cost, ease, and space, Xbox has built native streaming into its consoles for simple streaming on-demand without any hassle of a complicated setup or need for a capture card.

Great, right? Yes! But while Xbox’s native streaming did make console streaming easier, it still lacked the ability to personalize or brand your stream. It was difficult to stand out and grow your following and your audience.

Use Lightstream for Personalized Native Streaming

By integrating Lightstream with Mixer on Xbox, console gamers have the ability to add their own overlays, graphics, slideshows, and text to their stream as well as benefit from engaging viewers with stream alerts which provide the ability to shout out to subscribers, highlight donations, set goals, and more. 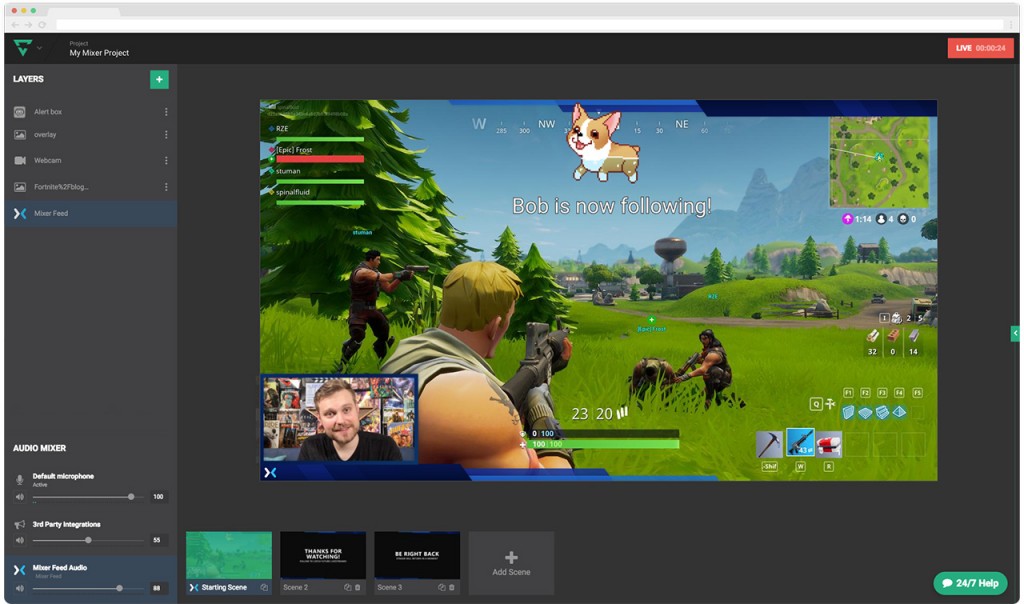 How do you get these features in Xbox’s native streaming? All you need to do is enable the Lightstream Studio integration in your Manage Channel section on Mixer.com. The integration is currently in beta, so requires Mixer Partnership or a Pro account which you can get here: mixer.com/pro.

Once you have Mixer and Lightstream Studio set up, it’s easy to stream your gameplay without a capture card or PC software. Your personalizations will be added to your stream automatically every time you go live. As long as you have an Xbox One and an internet connection, you’re ready to begin!

Check out this tutorial for a quick breakdown on how it works!

Try the easiest way to stream to your favorite platform.