Top 4 Games with Black Lead Characters You Can Stream Today

It is officially Black History Month 2022 and we at Lightstream wanted to do something a little bit different to celebrate.

Usually, this is the month when we celebrate notable black people who’ve made an impact in the world, but this time around we wanted to highlight some of the most notable black characters in recent video games.

So without further ado, I’d like to present 4 games you can play and stream TODAY with prominent black lead characters and a bonus honorable mention then I’m sure we all can appreciate. 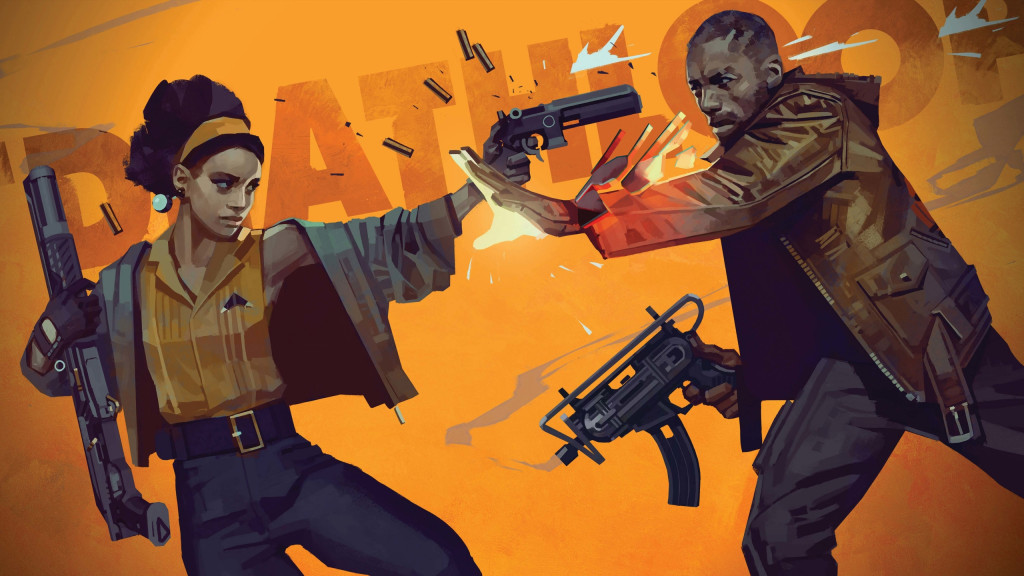 So I had to go with my favorite 2 characters of recent times at the top of this list. If you’re into stealth games with really cool plots like I am, you would probably love games like Dishonored or Thief. Take that style of play and add a charming but brutal relationship like the one between Colt Vaughn and Juliana Blake and you have the crazy adventure that is Deathloop.

In this game, you start off as the main protagonist, Colt, who wakes up on a beach and seems to have lost some of his memory as well as his belongings. The only thing he seems to recollect is a “dream” where a woman (who we later discover is Juliana) attempts to jog his memory before ultimately puncturing his stomach and leaving him to bleed out. We find out later that he, as well as others on this island, actually can not die and once the day is over everything resets back to the morning before. This sets the stage for some wacky 1970’s style Blaxploitation-esque action. .

Both of these characters have an odd ability to keep their memories even after the reset which makes the constant interactions between them, (as Juliana loves to call and taunt Colt often), quite unique. The quips and banter from both of them provide the exposition you’d expect but are also heavily entertaining to listen to. It makes you wonder: how do they have such a deep connection with one another?

In this game you do have a choice to play as either Colt (single player), who is trying to break the loop, or Juliana (multiplayer), who fights to protect it. If you haven’t done so already, pick this game up on PS5 today!

Before you say anything, you had to know Grand Theft Auto V was going to make this list. No one has done a better job at capturing that West Coast lifestyle while telling an over-the-top story with such amazing characters quite like Rockstar Games has. And on that list of amazing characters is Franklin Clinton from the mean streets of Los Santos!

Franklin is one of 3 main protagonists that appear in Grand Theft Auto V and Grand Theft Auto Online. Starting as a youth he was once a gang banger who got in with arguably the worst (or best) people in his life. After meeting protagonist Michael De Santa and achieving streaks of success in the criminal underworld, he decided to retire from the life of crime as a multi-millionaire and become a successful entrepreneur. Let’s be real though: this is Grand Theft Auto we’re talking about here; those dreams of retirement were short-lived as sometimes it’s just hard to stay off the streets.

Rockstar just recently released new content for GTA Online called The Contract which stars Franklin, and has returning characters like Lamar Davis as well as guest stars: Anderson Paak and Dr. Dre! If you haven’t checked it out we recommend picking it up on Xbox One or Playstation 4/5 and streaming it with Lightstream! 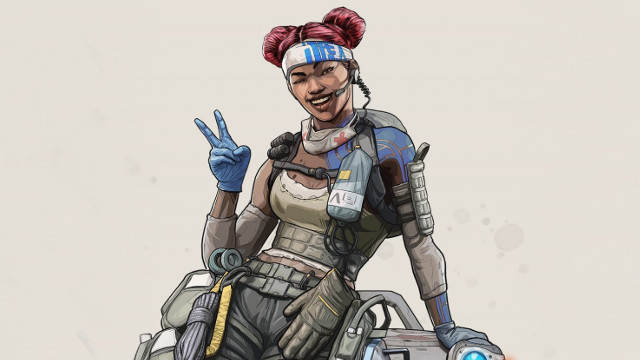 Let’s talk about Apex Legends! More importantly, let’s talk about the amazing humanitarian and combat medic known as Lifeline. Her character is interesting; she is so positive and upbeat no matter what dangers she faces. She loves to help people, so… why did she decide to participate in something as gruesome as the Apex Games? The truth is: she wanted to help fund the Frontier Corps which is a humanitarian organization that aids those less fortunate. It’s amazing how polarizing her personality is when compared to her family. I mean, she literally comes from a bloodline of wealth that’s deeply rooted in weaponry and war profiteering.

Respawn has done an amazing job with their free-to-play first-person shooter Battle Royale. The character development and interactions throughout the seasons have been nothing more than stellar and if there’s one thing we know for sure is that you will be easily drawn to the healing drone and medic capabilities of LifeLine if not her bubbly charm.

Try her out for yourself! As of this post, Respawn has just released the ‘Defiance’ DLC for Apex Legends. Pick it up on Xbox Series, One, PS4, PS5, and PC! 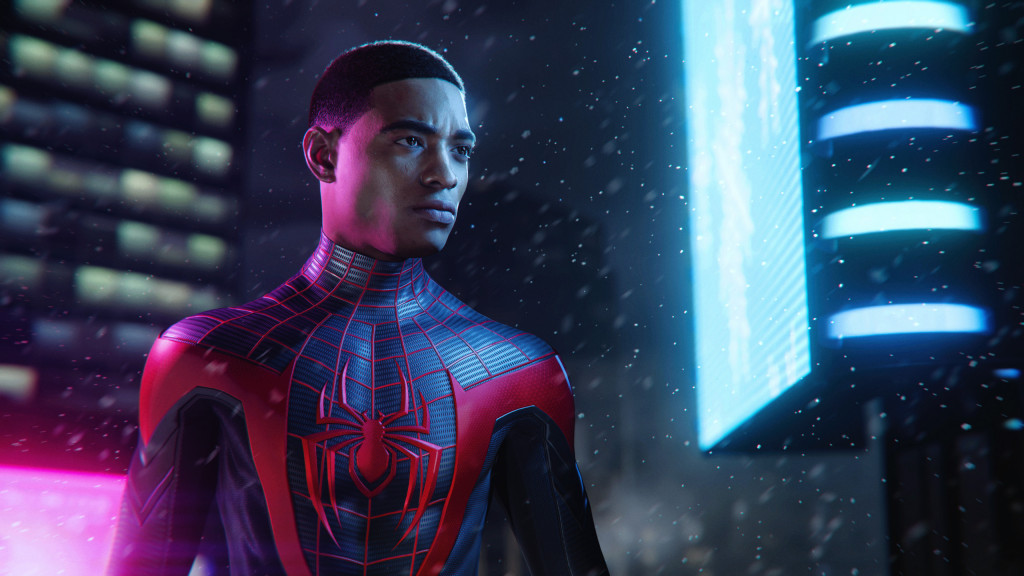 A part of me had an urge to go down the rabbit hole of amazing Black superheroes in comic books. Admittedly that’s not my area of expertise, and I would rather keep it strictly to video games you can play today. Luckily I can have the best of both Worlds by appreciating Miles Morales, a young African & Puerto Rican American growing up in New York City who harnesses the powers of a mutant spider which would change his life forever.

Marvel has excelled expanding that “young people seeking to fit in and have a normal life, but I’m an amazing superhero” persona that we’ve grown to appreciate in just about every iteration of Spider-Man. Miles is a young, charming, clumsy teenager who just wants to finish school, hang out with friends, and make his family, and mentor: Peter Parker proud! 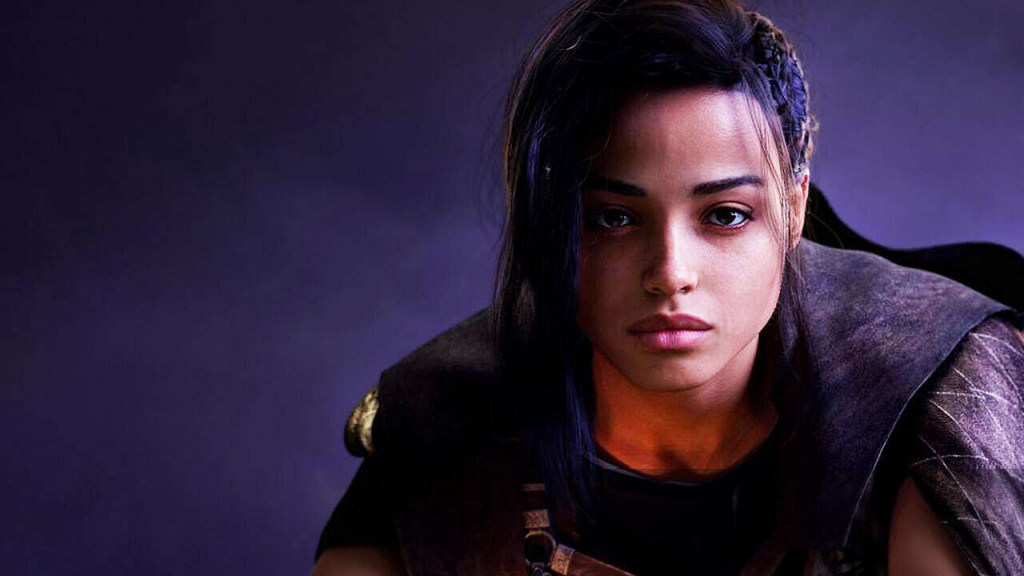 Last, but not least: let’s get to our honorable mention! As of this post, this game has not been released, but the hype is still very real for this character. That’s right I’m talking about Frey Holland from Square-Enix’ up-and-coming action RPG: Forspoken.

What we know so far about this character is that she is a tough, young New Yorker going through some rough times, to say the least. And just when she’s had enough of what the city’s thrown at her, she magically gets transported to a malevolent land known as Athia. She discovers that she’s been brought here because she’s “special” (that’s an Athian word for “has supernatural powers”, we assume), and her powers are needed to slay dragons and stop evil-doers who are attempting to corrupt the land.

Frey makes this list as an honorable mention solely based on the fact that she has such a strong aura and personality about her. Forspoken comes out in May of 2022 and we can’t wait to learn more about her powers, the land she comes from, and every other little thing she discovers about herself and her lineage.

This is just some of the ever-growing library of amazing games featuring black protagonists you can enjoy with your stream for Black History Month! If there’s some we missed, or you just want to share your thoughts with us about the games we recommended we invite you to hang out with us on Discord. Until then, game on and Happy Black History Month!